Saturday, 8th December saw the long awaited return of the Wooden Rackets Competition to Hinckley Squash & Racketball Club. This one-day spectacular of timber-based squash offers the chance for members new and old to try their hand at at classic variation of the game, with competitors encouraged to wear period-appropriate attire and/or fancy dress in line with the spirit of the occasion.

With a fantastic turnout of 24 competitors on one of the last shopping weekends before Christmas, four groups proceeded to play each other in single game shoot-outs to 21 points, using the par scoring method.

A mixture of techniques, ages, abilities, and taste in fashions mixed to create some close matches. In between playing my own games I was able to witness Ashley “Mr Touch” Fry laying waste to many opponent, Ali Mutch hitting the ball sweeter than most of us can manage with a carbon-fibre racket, and Andy Beel who certainly took the ‘fancy dress’ angle quite literally by slipping into one of his wife’s discarded frocks. I hope she wore it better.

The four group winners then faced off in two hard fought semi finals, between Ashley Fry and Andy Beel, and Ali Mutch and Heath Jennings. Andy and Ali won through and were afforded a few minutes break before contesting the final - where tired legs mixed with competitive drive to ensure a slug-fest of a deciding match. With his dress no doubt starting to chafe a bit, Andy pulled out a match winning quick-reaction drop shot kill to win the match 21-19 and take his pick of the two premium quality gentlemen’s cologne prizes on offer and become the HSRC Wooden Rackets Championship 2018. 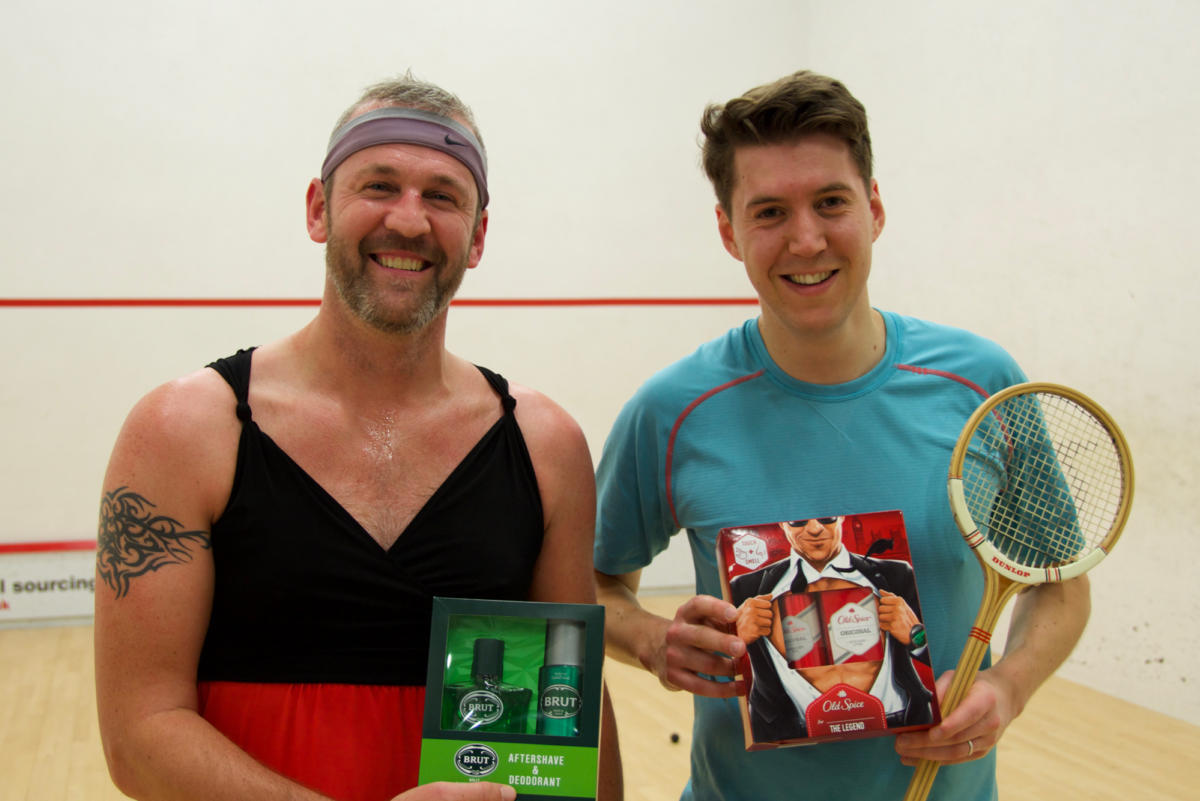 As a side-note, the day also saw the inaugural One Point Wonder Championship where competitors present were arranged into a knock-out format with a difference, i.e. every match consisted of only one rally. You win the point, you win the match! Not one for the purists but a result for the ages with “King” George Beel, son of our newly crowned Wooden Rackets Champion, Andy, progressing all the way to the final and winning to ensure a famous night for the Beel household. It’s amazing to think that George won four matches and a final in under half an hour!

Roll on the 2019 competitions… just as soon as the 'Wooden Racket Elbow' heals up.