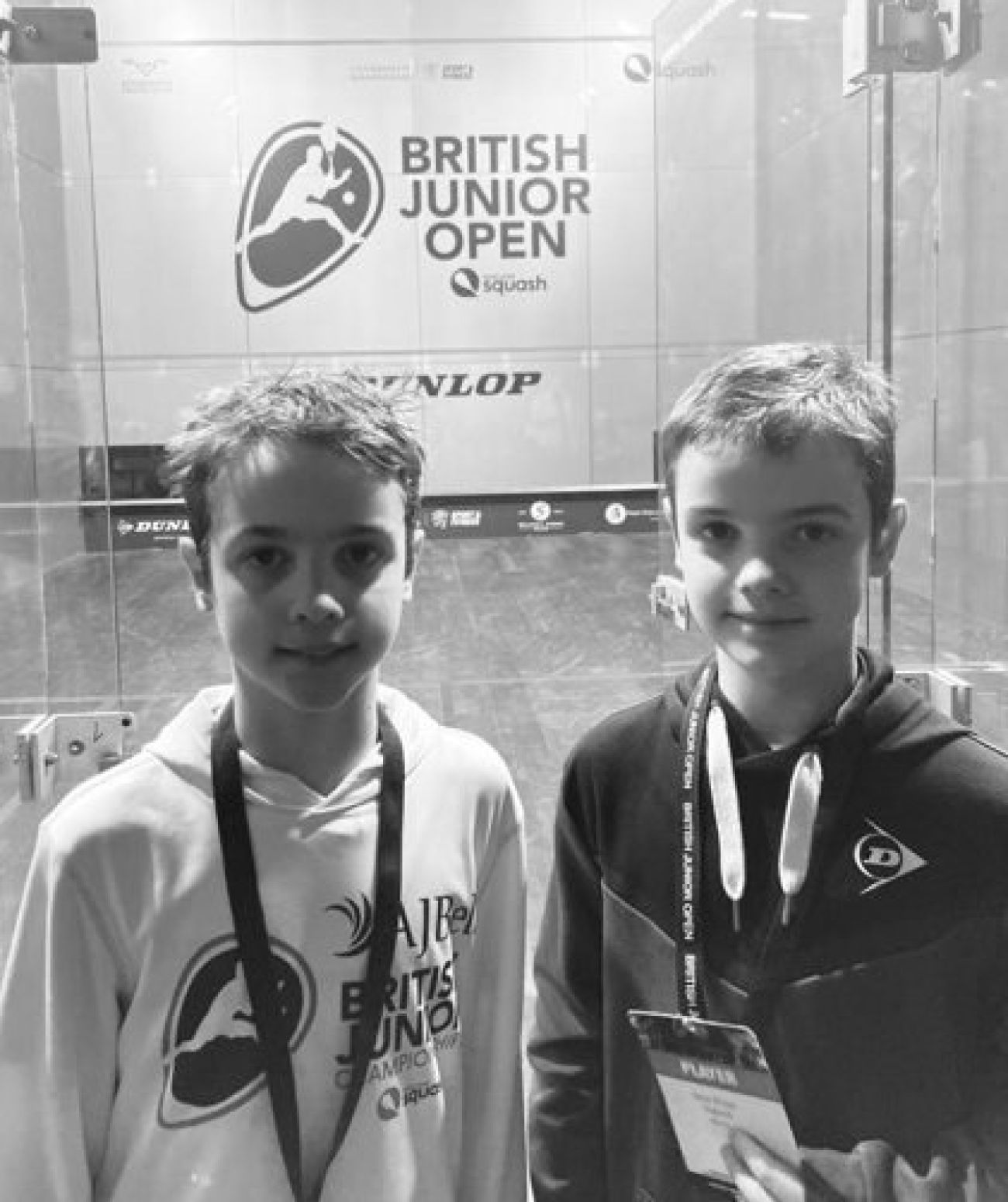 Last week our rising stars Oscar and Finley Brown played in the world renowned British Junior Open which was held at four venues across Birmingham. The competed against 42 other aspiring squash players from across the world with players from Canada, USA, Malaysia and a strong representation as ever from Egypt.

Both were seeded in the 9/16 bracket and got off to a good early start with expected wins on Wednesday against less ranked opponents. Thursday was a different story where they both played 5/8 seeds from America for a place in the top 8. They both proved to be extremely well schooled in technique and shot selection overpowering our boys in 3 games despite excellent performances and a partisan crowd.

Friday was an equally challenging day for the boys with a American and Malaysian opponents. Finley lost the first then pulled back the second game to tie at 1 game each but unfortunately could not continue the momentum eventually losing 8-11, 11-8, 6-11, 8-11 to his American opponent. Oscar who was drawn against the Malaysian no.1 took a little time to get in to the match having gone 2-0 down but showed true British grit to win the 3rd 15-13 having saved 3 match points and having staged a remarkable fightback in the 4th game from 10-6 down to get it back to 10-9 could not quite stay error free enough to take the match to the 5th game eventually losing 6-11, 6-11, 15-13, 9-11.

Finley drew a fellow Brit in the penultimate day with British no.3 Ben Lomond a familiar face on court whilst Oscar took on another Malaysian. Having learned from their previous challenging two days our boys became more patient constructing rallies on the hot courts at Birmingham University. Finley was dominant against Ben and after setting in to the match losing the first game, Oscar soon found his range to deliver his best performance to date and winning 3-1.

Matching each other win for win and loss for loss always ran the risk of drawing each other on the final day and indeed this was to be the case.

Always a daunting and bruising encounter as it would for anyone who’s arch rival they live with but our two boys behaved impeccably to finish the tournament on a real high in front of a small crowd of spectators who were mesmerized at seeing twin boys play at such a high standard. Finley edged the match 3-2 taking the final game 11-9 after Oscar edged into a lead with some outstanding play with them finishing 13th and 14th respectively. They look forward to the English National Competitions in five weeks time at St George’s Hill London where they will compete to become English Champions.